Maternal mortality rate  in Indonesia is assumed to be high enough; it is 228 per a hundred thousand alive birth case in 2010 with the main factor is a heavy bleeding. The decrease of maternal mortality rate  can be done by decreasing one of its factors that is avoiding a heavy bleeding after the delivery by doing a first breast feeding procedure. The purpose of the study is to find the correlation between the speed of early initiation of breastfeeding with  the volume of blood occur at the fourth stage of the labor (post partum hemorrhage). The method used in the study is an analytical observation (longitudinal prospective). While the population of study is some mothers who experience a vaginal birth in BPM Bunda district Prambon. The number of the sample is 29 mothers using a random sampling technique. The independent variable is the speed of early initiation breastfeeding and the dependent variable is  the volume of blood on the fourth stage (post partum hemorrhage). The datum are analyzed by ( SPSS ) T analyzed on two random sample and match to the meaningful degree of α< 0,05. The result of the study shows that there is a correlation between the speed of first breastfeeding  with   the volume of the blood p = 0,00. Therefore the conclusion of the study is that there is a correlation between the speed of the first breastfeeding and the volume of the blood, so that the researcher hope that the person on duty for the delivery process to encourage the first breastfeeding procedure to the mother and also to enlarge the knowledge of health education of the expecting mother about the essential effect of first breast feeding application. 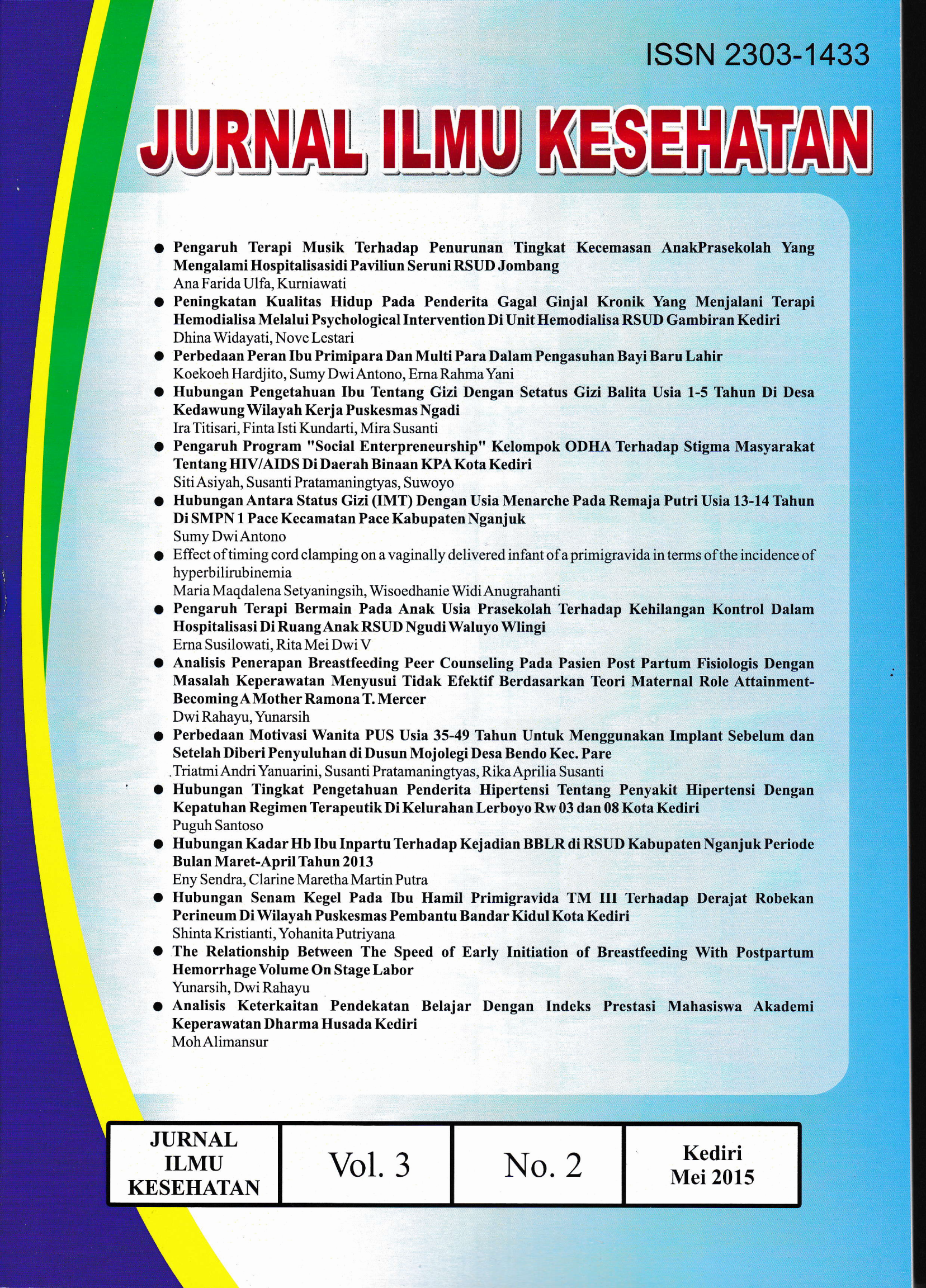 This journal is indexed by:

This Journal is licensed under a Creative Commons Attribution 4.0 International License.